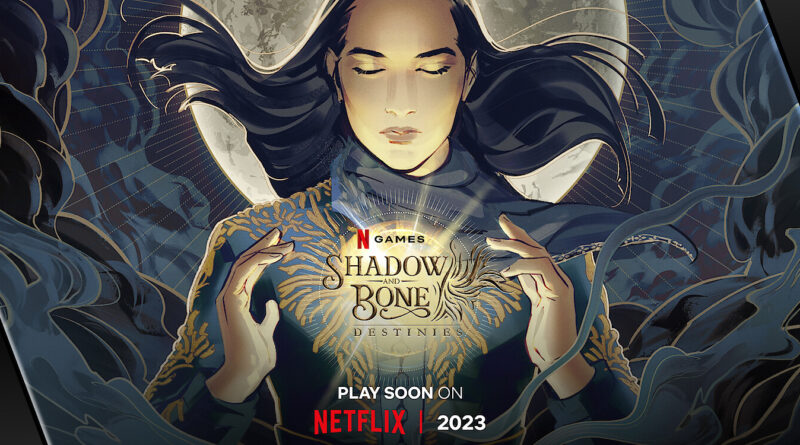 The Shadow & Bone season 2 teaser trailer revealed the first glimpses of some new characters joining the cast. Each new character is explained below.

The first teaser for Shadow and Bone season 2 was released during Netflix’s TUDUM 2022 event, and it provided a first look at the brand-new characters who will appear in the second season. Shadow and Bone season 1 introduced audiences to the Grishaverse, based on the book series by Leigh Bardugo and created by Eric Heisserer. The majority of the first season’s action took place in the war-torn country of Ravka and the seedy capital city of Kerch, Ketterdam.

Along with the world, the characters from the Shadow and Bone series made their live-action debut. Weaving the characters and stories of the Six of Crows duology and the Grishaverse trilogy together was a difficult task, but Shadow and Bone season 1 accomplished it with skill. The crafty, cunning Crows characters met Alina Starkov, the Sun Summoner, and her best friend, Malyen “Mal” Ortetsev. Meanwhile, the Grisha Nina Zenik and the Fjerdan witch-hunter Matthias Helvar find themselves as reluctant allies after being stranded by a shipwreck. And, unfortunately, they are all in the sights of General Kirigan, the Darkling, leader of the First Army and the most dangerous Shadow Summoner to have ever lived.

Shadow and Bone’s characters will require assistance to survive his wrath. They’ll get it in Season 2 of Shadow and Bone, as a number of new characters have been cast in the last year. Following the release of the first teaser, here is a list of every new Shadow and Bone season 2 character revealed thus far.

Warning: The following contains spoilers for Siege and Storm, Book 2 of the series, as well as Six of Crows, Book 1 of the Crows’ duology.

Patrick Gibson’s Nikolai Lantsov gets his first look. Nikolai is well-known to readers of Leigh Bardugo’s books, and he quickly became a fan favorite. Nikolai received his own spinoff sequel duology, King of Scars and Rule of Wolves, set shortly after the events of the Grishaverse trilogy, and for good reason: he’s one of the Grishaverse’s most interesting characters.

Nikolai, the youngest son of Ravka’s ruling Lantsov line, is overlooked and underappreciated by his parents and older brother, the heir to the throne. That suits Nikolai, who prefers to travel beyond Ravka’s borders under the guise of a daring privateer named Sturmhond. With Shadow and Bone’s young prince, who is rarely seen at court, it’s difficult to separate fact from fiction. Some call him a genius, while others call him insane. Some believe his long absences are the result of him sowing his wild oats and working his way through brothels and taverns. Others admire him for joining Ravka’s First Army as a young man and serving alongside commoners. In reality, very few people know the whole truth about Nikolai Lantsov, who aids in the spread of rumors about himself in order to keep people guessing.

Tamar Kir-Bataar, one of Sturmhond’s two most trusted confidantes, is played by Anna Leong Brophy. Tamar and her brother, Tolya, are half-Shu, having been born to a Ravkan Grisha mother and a Shu-Han father. Tamar is a skilled fighter, as deadly with her hand axes as she is with the Small Science, as Tamar is also a talented Heartrender who wears a shark’s tooth amplifier around her neck to boost her powers. Tamar and Tolya found themselves in the service of Sturmhond, one Nikolai Lantsov, Prince of Ravka, while attempting to avoid being drafted into the Second Army, and they are two of the few people in the world who know his true identity. Though slightly reckless, she is devoted to Nikolai and serves as his intelligence chief and information gatherer. Tamar will play an important role in Shadow and Bone season 2 as one of Alina’s most important allies.

The most well-known Shadow and Bone season 2 casting are most likely Lewis Tan as Tamar’s twin brother, Tolya Yul-Bataar. He, like Tamar, is a Heartrender who wears a shark tooth around his neck. Despite his size, he’s an equally skilled fighter, but his demeanor is much more calm and stoic than his sister’s. Tolya would be happier studying ancient poetry or legends in a library. Tolya, who is spiritual and devout, regards their Grisha abilities as divine gifts, and he is perfectly content with his books and faith. Nonetheless, he is just as loyal to Nikolai (and later Alina) as Tamar is, if not more so, because, unlike his flirtatious sister, Tolya has no interest in romantic relationships. He’s useful in a fight because few can match the incredibly skilled and strong brawler.

Wylan Hendriks, played by Jack Wolfe, is the only new character associated with the Crows rather than the group surrounding Alina. Wylan seems an odd fit for Kaz Brekker’s crew as a kid in Ketterdam’s Barrel; there’s something more delicate and refined about Wylan than the usual dregs of the Barrel. Wylan “look[s] like a child—smooth-skinned, wide-eyed, like a silk-eared puppy in a room full of fighting dogs,” according to Kaz.